TECH TIPS: The MORE PRES Control – What Is Negative Feedback & Why Should I Care?

What Is Negative Feedback & Why Should I Care?

So, what is negative feedback – other than what I receive on school reports, first dates and job interviews? By clicking the link to read this article you have admitted that, to some extent, you are a guitar gear nerd, so you’ll have almost certainly heard of negative feedback in relation to amplifier design, and with good reason. It has a huge impact on the character of an amp and can affect the clean headroom, dynamic response and the all-important transition into breakup (no, we’re not talking about my dating life again). We all know these clichés from reading the guitar press – “tight, percussive and articulate” or “touch-sensitive, natural compression” – but it’s useful to understand the electronics behind the marketing and, more importantly, how the Origin Effects RevivalDRIVE range of pedals can offer a whole spectrum of amp-tone personalities (spoiler alert: it’s the MORE PRES control). 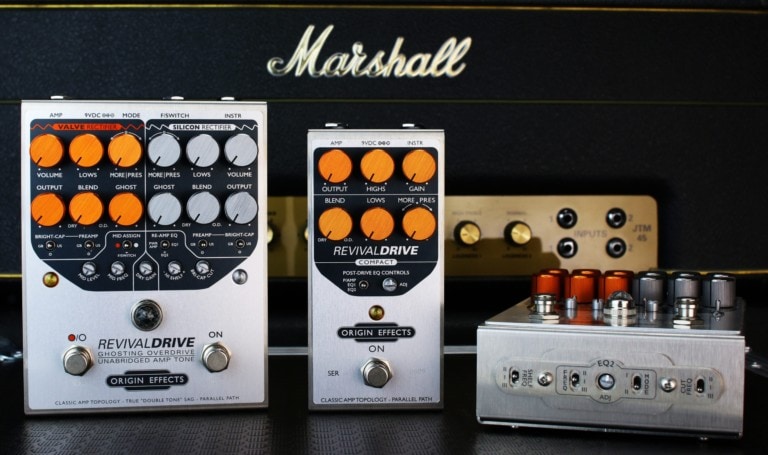 Negative feedback is a simple concept that can have a big effect on an amp’s behaviour. In basic terms, an amp takes some signal from the speaker output and feeds it back to an earlier part of the circuit. The important part is that the signal is fed back out of phase. “Out of phase” means that polarity of the signal is reversed – imagine a sound wave with positive peaks and negative troughs. Inverting the phase means the peaks become troughs and the troughs become peaks. It’s exact same sound wave, just upside down. If we add this out-of-phase signal to our original signal, they cancel each other out and we are left with nothing. If, however, we add just a small amount of the out-of-phase signal, the level of our original signal is merely reduced. Still with me?

This is where I hope it gets interesting. By taking the out-of-phase signal from later in the circuit – the speaker output and feeding it to an earlier part (before the power amp) we can change the power amp’s behaviour. More output from the speaker = more signal fed back = more level reduction = more clean headroom…until the output section finally distorts. This is when we hear a sudden transition into overdrive, like you’d expect from a Fender Twin Reverb or a Marshall Plexi. This is a trick from the good ol’ days, when clean headroom was the goal, but it’s just as desirable in the world of rock distortion.

This type of circuit will typically feel percussive, stiff or aggressive to the player. It will usually have excellent definition and a huge dynamic range, as well as being much more stable. You’ll also notice quite an abrupt transition between clean and distorted sounds, for the reasons described above. To a great many players, these are all desirable traits, especially if you like your guitar to have a loud, clear, authoritative voice. But what if you lean the other way?…

Amps with little or no negative feedback have a very different character altogether. The Vox AC30 and the Fender Tweed Deluxe are both great examples of this. Instead of a clean, clear amp which suddenly distorts, you get a very gradual transition into overdrive that can be wonderfully expressive, especially if you’re a player who lives on the edge of breakup. Once you push these amps over the edge, they can become quite raucous and unhinged – almost to the point of your guitar tone completely falling apart. Let me be clear: all of these are good things! 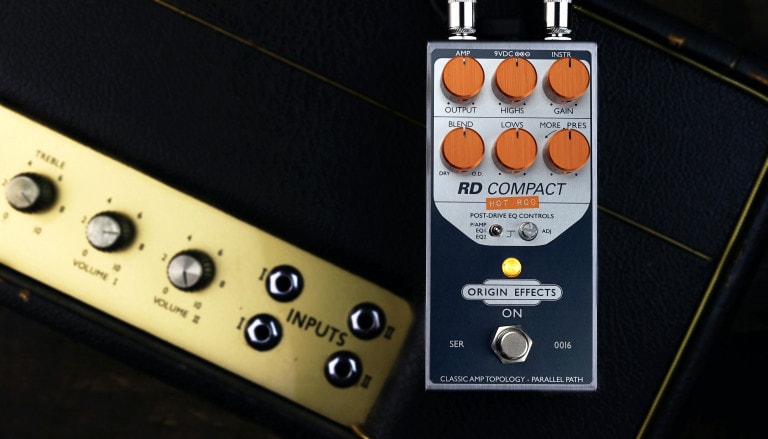 Between noon and fully anticlockwise on the RevivalDRIVE’s MORE PRES control, this is exactly what you’re affecting. Don’t forget, these all-analogue pedals emulate a whole amp circuit in miniature – even the output section and reactive load – so it’s happening for real! Turning the MORE PRES control down from the 12 o’clock position reduces the negative feedback in the pedal’s emulated amp circuit all the way down to nothing (yes, the pedal’s push-pull output section has variable negative feedback. We really have gone that far in recreating a valve amp’s signal path). But what about when you turn it above 12 o’clock? Time to learn about presence controls.

We already know that you can feed some out-of-phase signal back into an earlier part of the circuit to help clean headroom, stability and dynamics. This is what happens when our out-of-phase signal is full-range. But, if we filter some treble out of this signal and feed back only the low end, only the lower frequencies will be cancelled out – or, to put it another way, we boost the top end… Presence!

This is exactly what’s happening when you turn up the presence control on an amp, such as a Fender Bassman or a Marshall Plexi. This is not the same as turning up the amp’s treble control, and it can have a really big impact on the way the amp feels, as well as the character of its overdrive. Basically, it’s a really important part of what valve amps do so we had to include it in the RevivalDRIVE pedals. When you turn the MORE PRES control above 12 o’clock, it becomes a presence control, boosting high end and changing the way the pedal breaks up, just as it would do on a vintage amp.

To summarise, this one control is possibly the single biggest difference you can make to your overdrive tone and should not be underestimated. It’s what helps these pedals capture such a variety of classic amps sounds, and what gives them the all-important feel that is often missing from “amp in a box” type circuits. The best part is that these properties are endlessly variable, meaning you can mix and match the different characteristics of your favourite classic amps. You’re pretty much designing your own vintage amp every time you turn the knob! 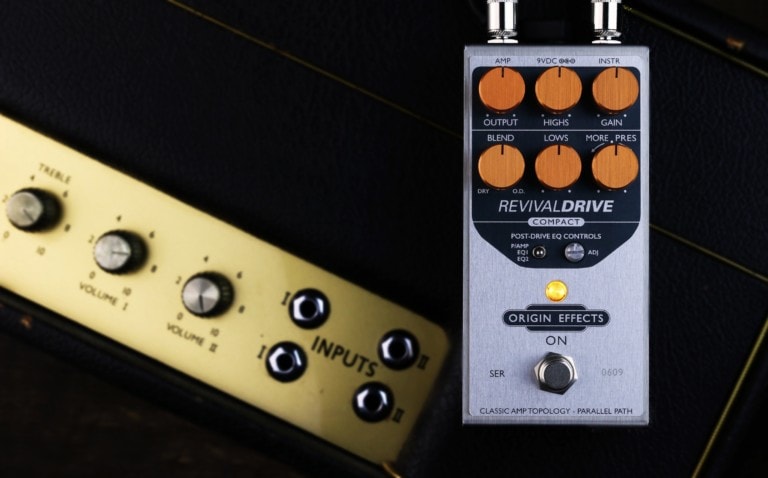 To make sure you enjoy the MORE PRES control on your RevivalDRIVE pedal with maximum rocking and minimum fiddling, here are some handy hints:

MORE PRES at 12:00 – Some negative feedback. Good clean headroom and more abrupt breakup, like a Fender Twin Reverb or a Marshall Plexi with its Presence control on 0.

MORE PRES fully anticlockwise – No negative feedback. Gradual and touch-sensitive transition into overdrive with a “wild” character at higher gain settings, like a Vox AC30 or a small Tweed Fender.

MORE PRES fully clockwise – Lots of negative feedback boosting high end. Crisp and cutting, like a Marshall Plexi with its Presence control cranked all the way up.