Analogue Amp Recreations – Why We Do What We Do 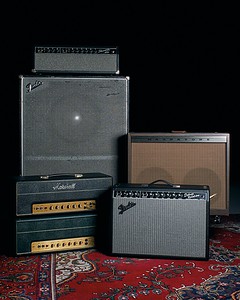 when referring to some of our pedals, such as the RevivalDRIVE, DELUXE61 and MAGMA57. In the vast ocean of drives, distortions, preamps, “amp in a box” pedals and Jimi knows what else, it can be hard to tell where one pedal ends and another begins. So, what do we mean by “Analogue Amp Recreation” and why would you want to recreate an amp anyway?

You don’t have to spend too long as an electric guitarist before you encounter a few universal truths. Valve amps sound the best, especially vintage ones. They’re big, heavy, expensive and can be unpredictable (again, especially vintage ones). They tend to each be good at one specific thing and sound best somewhere in the very narrow window between “too loud” and “open up, police!”. In fact, those of us who identify as tone-chasers, have spend hours trying to balance clean with dirty, tone with reliability, quality with value. And, in the process, you’ve bought amps that you can’t take to the gig, argued with sound engineers, swapped out valves and done all sorts in pursuit of that elusive “vintage amp in the sweet spot” experience.

I use the term “experience” because it’s more than just a sound – there’s a connection between you, your guitar and the amp. There’s nothing else like it. Unfortunately, a quick look through your set list will tell you, you need four vintage amps, a big van, a very understanding sound engineer (and bank manager) and free ear plugs for every member of the audience. It just ain’t happening.

When we set out to design the RevivalDRIVE, we just weren’t satisfied with any of the solutions to this problem – the problem of getting cranked valve amp tones anywhere, at any volume. Modern, channel switching amps didn’t have the character of a vintage stack, low-powered valve combos didn’t have the headroom, drive pedals relied too much on the amp to sound good and modellers just didn’t have the feel and interaction that we love about good, analogue gear. We needed a pedal that sounded and felt just like a vintage amp, worked with any amp, and could replace an amp altogether.

So, how do you make a pedal sound and feel as amp-like as possible? You make the circuit as amp like as possible. Origin Effects founder, Simon Keats, is a real vintage gear nut and he drew on his enviable collection of vintage amps to find the key to their mojo. The devil, as you would expect, was in the details. 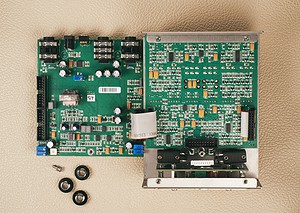 With the RevivalDRIVE, he rebuilt all the elements of a valve amp’s circuit that, when brought together, create the tone we’ve all been chasing for decades. There’s a certain overdrive that comes from a long tail pair phase inverter driving a push pull output stage, so he made a miniature one using transistors. That output stage has the bounce and frequency response it does because of the way it reacts with a speaker, so the RevivalDRIVE mimics this with its own reactive load (yep, just like kind people use to tame their 100W heads – only smaller). There’s a unique kind of compression that comes from a cranked amp’s valve rectifier as it struggles to keep up with demand for voltage, so the power supply in Simon’s works just the same way – the harder you push it, the more of that coveted “sag” you get to enjoy.

In fact, to capture the last missing piece of the puzzle, the RevivalDRIVE even reproduces the elusive “ghost tones” you’ll find in a vintage amp when the power supply is stretched beyond its limits. This is actually so cool we published another blog article dedicated to this phenomenon.

Anyway, the point is that it takes all these parts – along with a class A preamp – to make a complete valve amp tone come together. And, boy, when it comes together…

It’s when you combine all these elements and crank things up that the magic of a vintage valve amp is revealed. The way that increasing gain makes the parts of the circuit distort in a certain order, accentuating harmonics and changing its dynamic response in answer to your playing – well, it shows that there’s no one thing that makes a valve amp great. It’s about the circuit as a whole.

The RevivalDRIVE was all the proof we needed that a pedal can behave just like an amp, as long as you design it just like an amp. The RevivalDRIVE wears this concept on its sleeve, allowing the player to tweak all the aspects of the circuit that define the character of a valve amp – bright caps, negative feedback, rectifier type, even British or American voltage. It’s a pedal that lets you design your own amp! Don’t worry, if designing an amp sounds scary, there’s the RevivalDRIVE Compact, which will get you those vintage tones with a few less steps.

Because we design these pedals like real valve amps, there are as many possibilities as there are classic amps. We’ve given you the DELUXE61, a faithful tribute to the Fender® Brown Deluxe, the MAGMA57, which does the same for the Magnatone® 200 Series, and we’ve even hot-rodded our own circuit with the RD Compact Hot Rod – our nod to the famous modded amps of the ‘70s and ‘80s.

All these pedals also feature our proprietary Post-Drive EQ filter, which tailors the output of the pedal to compensate for the voicing of your amp. Never again will you have to compromise your clean sound just to get the most out of your drive tone, or worry whether the backline amp will “play nice” with your pedal. Of course, you can turn it off altogether and get the full-range, unadulterated “cranked amp on a dummy load” sound these pedals were built for – straight to a power amp, cab sim or DAW.

Sure, you might end up replacing a valve amp with one of these pedals, but we have got an enormous amount of respect for history and tradition of amp design. It’s this respect that has allowed us to design and build you the some of the most convincing amp-like pedals out there. The situations where you can crank a vintage amp might be disappearing, but the demand for great vintage tones is here to stay – and so are our Analogue Amp Recreations. Who knows, your favourite amp might be next…